Anniken - 'Climb Out Of Hell' 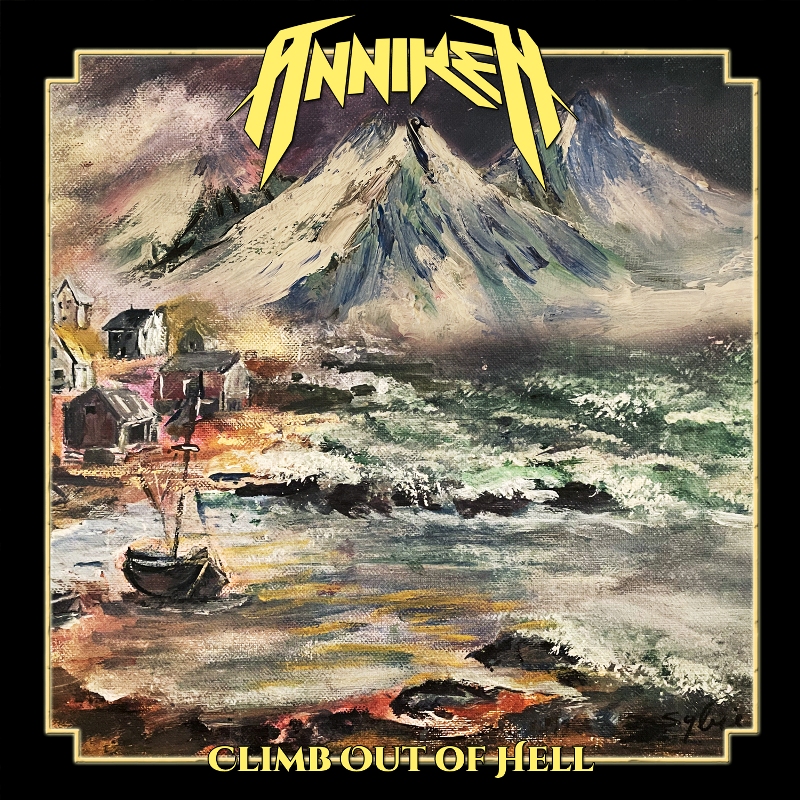 Anniken is a Norwegian musician, hitherto best known as vocalist with Darkest Sins, the band she formed with her now husband Marcus Danielsen, and for the “Ana-Metal for Charity” project. ‘Climb Out Of Hell’ is her first solo album, and is expressive of her desire to show that she is more than “just the singer”, or the token female in the band. Measured by that standard, ‘Climb...’ is a resounding success. Anniken’s main musical and lyrical influence is James Hetfield, but with influences drawn from across Nu and Power Metal, as well as Pop performers like Pink, what we have here is quite a melting pot!

While there is some variety across the nine Anniken-penned tracks featured, the essence of the core sound, exemplified by opener ‘Spotlight’, tends to lean toward the grandiose and Symphonic. Strikingly strong melodies dominate, with Anniken exhibiting an almost Joe Lynn Turner-like mastery of even the heaviest material. Check out the speedy ‘No Name’ for example, or the thunderous bass-fuelled ‘Just Walk’, both of which see the singer harnessing and riding the power of the band to impressive effect. Storming title track ‘Climb Out Of Hell’ (or ‘Climb Out Of Bed’, as I like to call it) deals with mental health issues and amply demonstrates the personal drivers of many of Anniken’s lyrics.

Variety comes in the form of the rock-and-sway of ‘Back Then’, the twinkly but slightly twee ballad ‘Star’ (a reworked track from the first Darkest Sin album), and the Blues Rock groove of ‘Save Us’. The band’s sound is full enough to incorporate Brandon Bordman’s growl vocals on ‘Keep The Light’ and ‘Amplified’ in ways that enhance the material. Also striking throughout are the lead breaks, with every track featuring a different guitarist, and only Bill Hudson appearing twice. Album artwork, derived from two of Anniken’s grandmother’s paintings, add an intriguing and personal touch to the package as a whole.

‘Climb Out Of Hell’ is incessant and consistent. The opening bars raise a smile, and from that point on, the songs and melodies just keep on coming. Hopefully the albums will too, as Anniken is clearly an artist who loves her Metal and knows her craft. This is an album that is well worth climbing out of bed for.