Dawn Of Destiny - 'Of Silence' 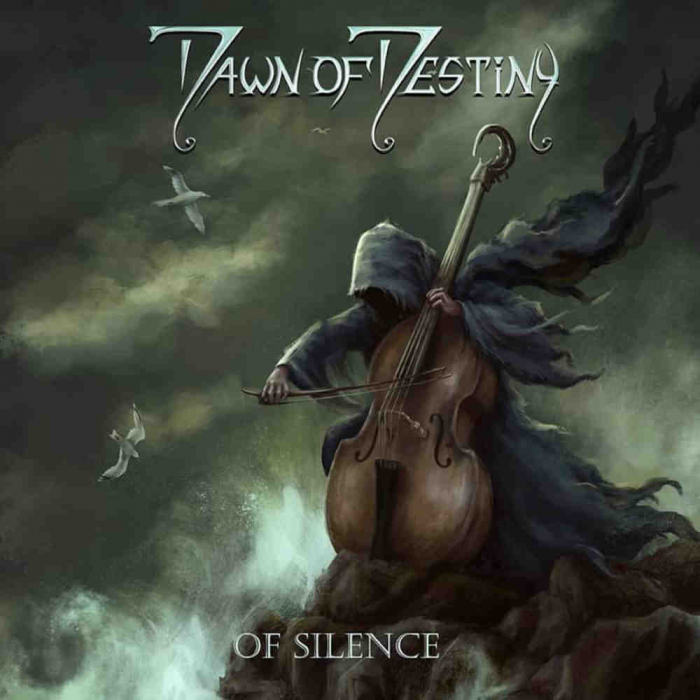 Fearless in its continued pursuit of crafting quality material, this mature German Power Metal outfit is on the cusp of releasing their eighth full- length studio album. The entire band delivers with a confidence that the Power Metal community has come to expect. The sprawling album features over sixty-minutes worth of music divided between thirteen tracks. Since releasing the aptly titled ‘...Begins’ back in 2007, the reactions to their discography have been a relatively mixed bag, with 2008’s ‘Rebellion In Heaven’ garnering the highest praise thus far, Dawn Of Destiny continues unperturbed and ‘Of Silence’ might very well be their best yet.

The quintet features the magnificent Jeanette Scherff on lead vocals, along with her foil in the form of co-vocalist and bassist Jens Faber. While Scherff does, in fact, provide a majority of the vocals, Faber’s contributions are heard throughout. Although they maintain a strong duplicity, it is the duet on ‘Childhood’, with Chris Harms (Lord Of The Lost), that shines particularly brightly. ‘Say My Name’ is one such selection that epitomizes the genre, and might very well be the defining composition on the album. Adding to the album’s variety, it is immediately followed with the sea-shanty inspired ‘White Mystery’; this track is no simple composition, as it features a plethora of moods and tempos that are impressively executed in less than five minutes.

‘Of Silence’ leaves no doubt as to their deserved inclusion in this musical space. Although I hoped songs like ‘Not The Way It Is’ and ‘Burning Heart’ did not end so abruptly. Each song delivers with a consistency where ideas never linger longer than necessary. After the rather truncated endings of both aforementioned tracks, they are both followed by a couple of unforgettable moments in the form of ‘Little Flower’ and ‘Silence’.

Without question, the Power Metal community will certainly enjoy this album. Dawn Of Destiny upholds all of the signature traits associated with the genre while incorporating elements of Gothic, Orchestral and traditional Heavy Metal. Additionally, the cover art featuring a faceless cellist playing to the proverbial heavens evokes a biblical “sermon on the mount” aesthetic that captures the essence of the music well.

While the album is a strong collection of succinct material, some of the tracks might have benefited from some additional compositional development. With that minor criticism aside, ‘Of Silence’ is a really compelling listen that moves with pace and intensity.