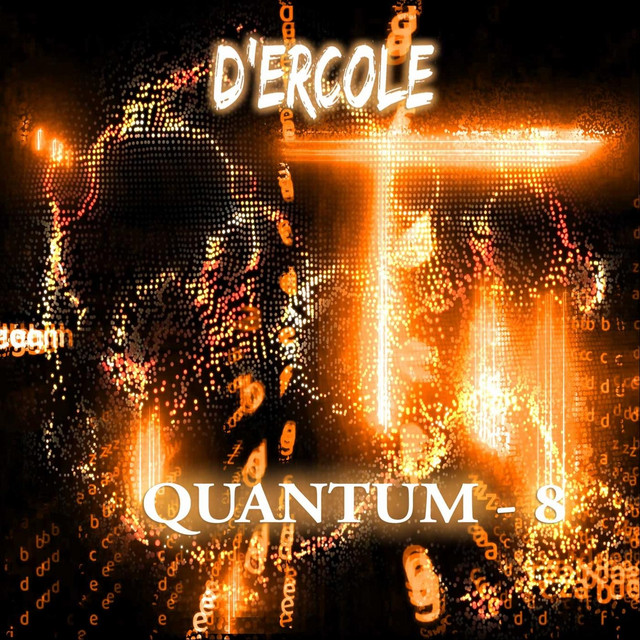 I’ve reviewed a lot of Phil Vincent’s albums over the years, and I find it hard to not seem like I’m repeating myself in my reviews, because some things hold true regularly. One of those things has been how consistently good his work is; every album might not be a mega-hit, but they are always strong and entertaining. I don’t know many artists who are as prolific as Vincent, who still maintain a high quality of songwriting album after album

Vincent does have a sound that is uniquely him; it’s easy to recognise his music, but he is very versatile and does mix it up in his writing, which keeps his sound fresh, rather than sinking into blandness and repetitiveness.

The past few Vincent albums have been of a particularly high standard, and ‘Quantum 8’ continues that rich vein of quality. From the moment instrumental opener ‘The Duel’ kicked in I had a feeling this one was going to kick some ass. Its thunderous and explosive with fast-paced Power Metal drums and bass, and it’s a real sign of what’s to come – heaviness!

I would say this album is certainly Vincent’s heaviest to date, it’s full of pounding and energetic rockers. There seems to be more guitar shredding and soloing than usual too. Again, there is a top-notch production, which not only adds a professional tone, but also a strong, slick presentation to the songs.

‘Bringer Of Pain’ is a real headbanger with a punchy chorus; a real heavy groover with a driven guitar riff. Ballad ‘This Heart Of Mine’ has a retro feel to it, which shows some obvious Beatles influences. It’s a very emotive tune with some beautiful vocal melodies on the chorus; it’s extremely memorable and certainly one of Vincent’s best songs to date.

I had a huge smile on my face the first time I heard ‘Your Lies’, because this quirky off-kilter rocker shows a side of his songwriting that has become a real staple of his style, which really does set him apart from other writers.

D’ercole’s ‘Quantum 8’ is another top-notch collection of songs from the Phil Vincent songbook. Established fans will instantly enjoy it; however, fans of heavy-edged Melodic Rock should also check this one out. Play this one loud; it’s a beast, and it definitely shines out amongst other recent Melodic Hard Rock releases.