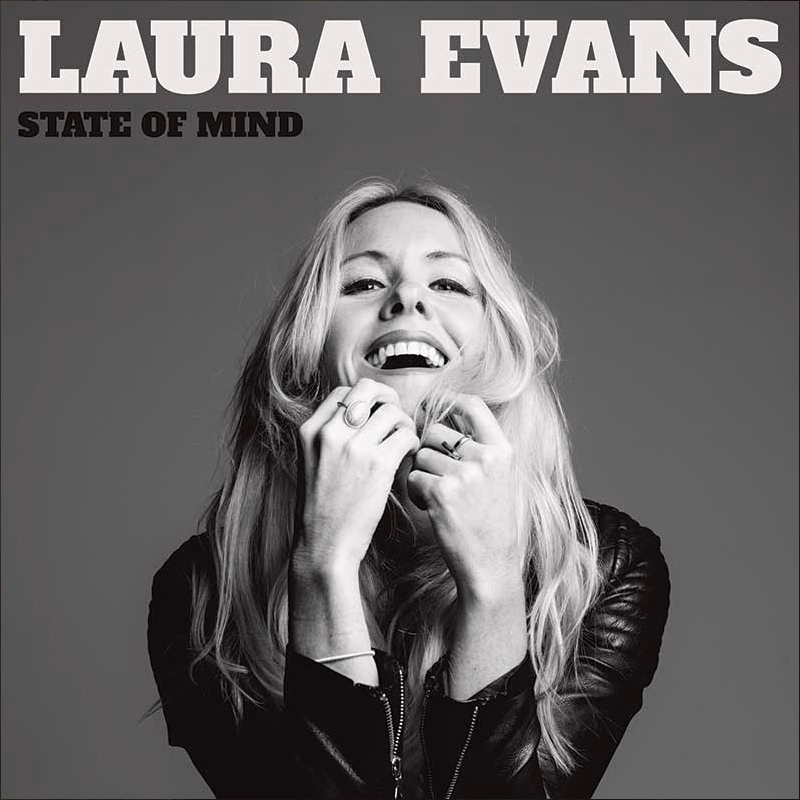 Laura Evans is an actress and a singer-songwriter born in Wales. To date she has released a number of videos produced by Kris Barras, plus singles and EPs that have been played on Planet Rock and BBC radio stations. She has recently toured her own shows and also supported other artists. This is her first album, which was produced and engineered by Josiah J. Manning (guitarist with Kris Barras) at the Momentum Studios in Plymouth.

The album kicks off with ‘I’m Alright’; it’s a mean dirty Blues Rock song with fuzz-laden guitar and a chorus that will stay with you for days. ‘Solo’ is Country Rock merged with Blues Rock and has another chorus that will have you singing along. ‘Fire With Fire’ was written during lockdown and is about working on yourself and your peace of mind; it shows just how versatile her vocals are.

The fantastic ballad ‘Fool’ was recorded in one take; it has just Manning on guitar and Evans singing her tear-jerking heart out. ’State Of Mind’ is the title track and deservedly so; a great piece of Americana with a catchy guitar riff, whilst ‘Let You Down Easy’ is a soulful ballad about breaking up a relationship; it sounds like something that Sheryl Crow could have recorded. ‘Drag Me Back In’ is (IMHO) the best track on the album, incorporating an ear-worm chorus, great harmonies, thumping drums and a wonderful guitar riff.

‘Good At Getting Over You’ is a very commercial Pop Rock song with multi-layered vocals; the uplifting lyrics put a positive spin on the song’s title. ‘Mess Of Me’ is a lovely piano-based song which has Evans breaking into an amazing ballad that showcases her voice. Again, this is a song that was recorded in one take. Penultimate track ‘Gone’ is a glorious slab of Blues-Rock with great harmonies and another catchy chorus; it has a fantastic guitar break and has the same vibe as Bon Jovi’s ‘Blaze Of Glory’. The closing song is ‘Free’, a very atmospheric track with a truly memorable melody.

This recording has a mixture of genres going on; Rock, Country Rock and Blues Rock. The production and vocal performances are terrific. This variety of styles keeps the album engaging and makes an outstanding collection of tunes. A “must buy” album.