Brilliant Brazilians Electric Mob are currently putting the finishing touches to their upcoming second studio album, details of which will be revealed shortly. Meanwhile, Frontiers Music Srl is pleased to announce the release today of a special ‘official bootleg’ live performance by the band that was recorded at Nico's Studio in the band's hometown of Curitiba. Entitled ‘Better Live Than Never’, it can be streamed on all digital services, with a video of the full performance also available in all its blazing glory on YouTube.

A mixture of powerful vocals and mean guitar riffs, with a heavy groove influenced by the hard rock masters of the ‘70s, ‘80s and ‘90s, 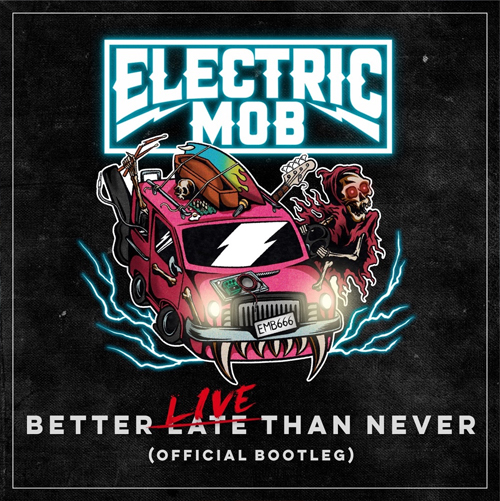 Electric Mob are faithful students, lovers and progenitors of rock ‘n roll. This electric’ performance from the band features songs from both their 2020 debut album ‘Discharge’ and previous ‘Leave A Scar’ EP and displays clearly how they are a force to be reckoned with.

Founded by Renan Zonta (vocals), Ben Hur Auwarter (guitar), Yuri Elero (bass) and André Leister (drums), Electric Mob initially attracted the attention of the Frontiers label with their superb hard rock songs that saw them matching the skills of other contemporary hard rock giants while also displaying an intimate knowledge of previous pillars of hard rock. Possessing the required rock 'n roll attitude to deliver explosive live and studio performances certainly did them no harm either.